How to Have a Food Adventure WITH Kids – Indian Market

Let’s face it. Getting children to try new things can really be an adventure all by itself sometimes. Especially when they are used to the same types of food, just in different packaging. Rinse and repeat.

As someone who knows how important it is to have a diversified diet, because of training and experience, I want to impart this knowledge upon my children. And everybody else’s children too, for that matter. Therefore, we have made an effort to expose them to new and exciting foods that they have never heard of.

In the process, we have found many new foods that we didn’t know about, or have been unable to find before. This has also taught us some new ways to cook that we weren’t necessarily familiar with because cooking with these foods are a little outside of our inherent culture. But that is what makes things exciting around here!

We had heard of this new Indian food market in a neighboring town, Spices Hut Indian Groceries, and decided that taking the kids on an adventure with us would be a fun way to explore it. Let me preface this by saying that we now have decided that exploring these markets new to us will be more fun for us if we do it WITHOUT kids first. Exploring new markets with 5 children can be a bit like herding cats!

Our booty from the Indian Market Adventure!

We told the kids that they could each pick out one new thing to try. They were all beyond excited by this prospect and went hunting. Of course, some of them came back with some very interesting things to start with, primarily every form of chip known to man, but with different spices. We finally settled on letting one of them get the Tapioca chips to try and then told the rest to go back out and find something that was NOT a chip.

Ultimately, they each got to pick one new thing and everybody tried everything after we got home. The only exception were the two items that contained gluten. Since my son and I both have Celiac Disease, we didn’t try those two items.

Really, we learned that most of us really like Tapioca chips, as they taste similar to potato chips with a slightly different aftertaste. We also learned that the combination of two spices new to us, Asafoetida and Ajwain, make an odd slightly licorice aftertaste with a bit of metallic flavor mixed in. This could just be that our taste buds aren’t used to these spices and therefore aren’t sure what to do with them.

I spoke with an Indian woman while in the store about these two spices and she informed me that Asafoetida is used frequently in Indian dishes but in serious moderation because it has such a strong flavor. She stated that it tastes similar to fennel, so that explains the licorice aftertaste. 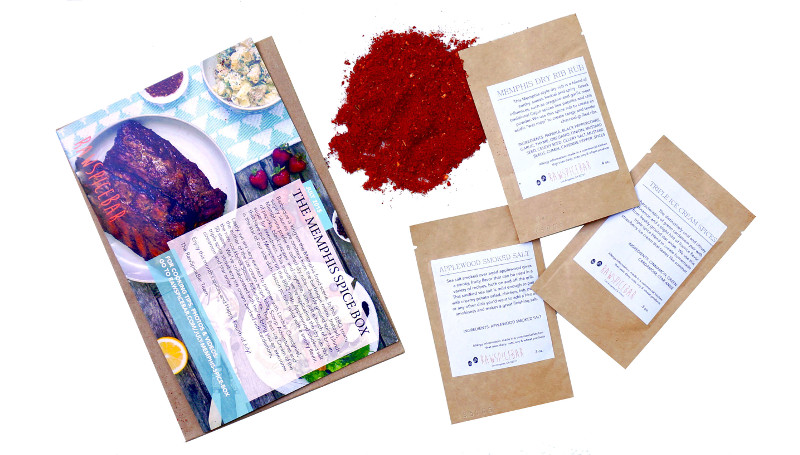 The long and short of it is that the kids can’t wait to go back and find new foods to try. My son even brought some of the foods to school in his lunchbox to share with other kids. Apparently, they loved them and are looking forward to what else he has to bring.

This was a very good learning experience for the kids into a completely different culture of food than they are used to. They were thrilled about all of the new choices. While not everything was liked (when is it really anyway?) they can’t wait to return and explore some more.

In my book, I consider this a win in the realm of food adventures!

Have you ventured into the realm of Indian food? If so, what are some of your favorite Indian foods and/or spices?