How Did We Do in January to Change Our Budget? 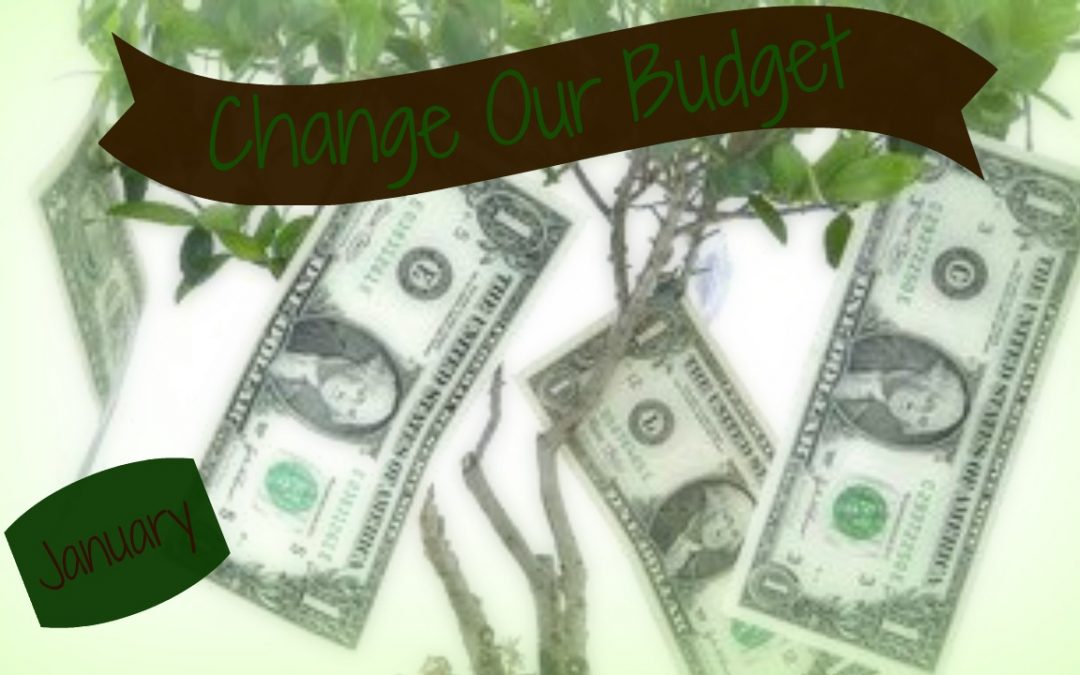 If you recall, we had a pretty big annual budget meeting this past December. During this meeting, we decided that we were going to make some BIG changes this year. So let’s see how we did the first month out of the gate to change our budget.

First off, I want to revisit what our original goal for the year is with regard to the monthly reduction of our expenses. Last year, the average amount we were spending per month was $6202.00. Which, in our minds, is pretty asinine. The breakdown, per category, was:

We know that we were spending WAY too much in the luxury category as well as the food and drinks category. Food and drinks is groceries, but that also includes beer (GF beer especially!) and wine that we buy at the stores. And that is certainly where our downfall is!

So we went over each category and talked about  how we could reduce each one to the point where we would only be spending $4600 a month instead of the whopping $6202. I know that is a pretty decent cut already but I ultimately want to cut it down to under $3000. I have lofty goals, I know. Especially for a family of 7! But, you have to have a goal. And the loftier it is, the more I tend to push myself.

That being said, this is what we decided to change our budget to in each category:

As you can tell, we were cutting the most out of the luxury category. However, we are also planning to rein in the gifts and misc spending, because that got a little out of control last year.

For the first month of 2018, we hit the ground running. Although, we already knew that this month was going to be over the new budget simply because we had a family trip to Jamaica planned and the hotel expense would come out the end of the month. We had budgeted for this last year, so it wasn’t really going to affect us. But, it would change the numbers and make them higher than the new budget.

All of that being said, here is how we did with our January budget:

As you can tell, we went WAY over not only the new budget but the old budget. BUT, the hotel expense was $1569.00, which is what we had budgeted for last year. So if we take that out of the luxury category, then we spent $398 of our $400 budget, so we are still okay with that.

The other anomalies were the bills, clothing and gifts categories. So what happened there? Well, let me break it down:

Bills – We had the last payment for Reese’s braces come out in January, as well as a dental bill and I paid my life insurance for the year. That means that none of these will be coming out again (at least 2 of them won’t be for sure, but who knows about other possible dental bills popping up), so we feel good about this one. If we take out those 3 oddball expenses, then we really spent $1653 of our $2100 budget. So we are pretty happy with that cut. We budgeted more overall for the year in this category just in case of things like the aforementioned, so that we would have a cushion for life’s little fun surprises.

Clothing – A couple of the kids are going through growth spurts and therefore needed shoes, pants and underwear. We budgeted more in this category than we figured we would actually spend as a buffer for month’s like these. Hopefully, February will be kinder to us in this category and balance it out.

Gifts – This was another anomaly in that we got some holiday money back in December that we hadn’t spent yet. Bryan and I decided that we wanted to take this really awesome looking mushroom foraging and inoculation class happening in February as our holiday gift to each other. So we purchased it in January, but it was really with gifted money we received the month prior. Without that class, we actually only spent $57 of our $75 budget (and that was on souvenirs in Jamaica), so we are okay with that.

Overall, we feel pretty good about being able to begin cutting what we were spending last year. The category that excited us the most was the food/beverage category because we have been having a pretty difficult time getting that one down. It is hard when the majority of the kids are going through growth spurts all at the same time. And on top of that, we like beer and wine fairly regularly. But, we were able to rein it in this month and I really hope that we can find a way to cut it even more next month.

We know that January threw some wrenches in the works, but we are confident that February will be much better. This is primarily because we don’t have anything big planned and those other random payments are gone now. I don’t know about you, but I can’t wait to see how we do next month!

How are you doing this year with your budget so far? What areas are still causing you problems?