This is yet another product that has been continually crossing my ear lately. I haven’t seen it take off as big as flaxseed, chia or acai yet, but give it time because I see it coming! So what exactly is Moringa and why is it on its way to becoming another one of our coveted superfoods?

Moringa Oleifera comes from the family Moringacaea and is sometimes called the Drumstick tree. This species hails from the southern foothills of the Himalayas and northwestern India. However, it is now widely found in tropical and subtropical areas because the plant is used as a food source. The leaves and seed pods are used primarily though.

Moringa is a very hearty plant and can be grown in drought heavy environments, which is another attractive feature. Not only that, but it can be grown as an annual or a perennial. It depends on the desired use which type is grown. The reason being that the seed pods are really only viable for eating during the first year since after that they become too bitter to eat.

It seems that Moringa first appears for use as a medicinal remedy in India around 2000 bc and then spread from there. Originally, it was used for things such as respiratory illnesses, skin imperfections and blood disorders but then the net began to widen with regard to its uses. Over time, it began to be used for basically everything you could think of!

If you are like me and like to have scientific evidence to back up claims, then click here to find the myriad of studies and papers related to Moringa and its health benefits.

After many years of Moringa being used for medicinal purposes, the people of the Philippines began to use it as a food source once they realized all of the nutritional value that the leaves contained.

Whenever we look at a new superfood, we are always looking at what the major benefits are as opposed to other foods. Specifically, what makes this food so much better than everything else we put into our mouths. Well, when it comes to Moringa, the nutritional benefits alone are out of this world! This little plant packs a serious punch nutritionally. 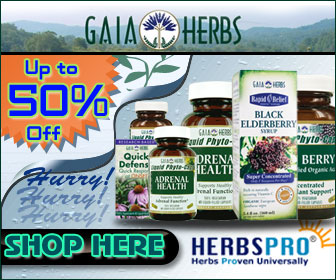 Now consider that 3.5 ounces of raw Moringa leaf (which you can saute, eat raw or grind into a powder) contains:

The pods are known primarily for their Vitamin C content which packs a whopping 141 mg, or approximately 170% of the RDA!

As you can see, just the amount of nutrients contained in the leaves and pods alone are astronomical. But this little plant packs an even greater value due to the associated health benefits that it delivers. Some of these include:

Another fun fact is that Moringa can be used to purify water. I know this sounds unreal but when the seed pods are turned into a cake, which happens when the seeds are pressed to obtain the oil, they can be put into water to remove the impurities. This process works by absorbing the colloidal charges in the water and causing them to clump which makes them easier to filter out. Basically, the “seed cake” works as a sponge to neutralize and soak up all of the impurities to turn non-potable water into clean drinking water.

My biggest question here is why haven’t we taken greater advantage of this knowledge! I know just from my perspective alone when I’m traveling to other countries where the water is sketchy or hiking that finding a better source of filtering my water would be greatly appreciated. Especially since those tablets leave a really metallic tasting filtered water behind, which causes me to drink less water than I normally do.

This seems extremely obvious to me, but the takeaway here should be to try it the first chance you get. I always prefer to try the whole foods as opposed to supplements whenever possible. Therefore, if you can get your hands on some of the actual Moringa leaves or seed pods, I say try them, immediately!

If you are unable to track any of it down, as that can be trickier here in the States due to the fact that we don’t grow it here, then try adding a supplement into your diet. Just make sure that where you are getting the supplement from is on the up and up. By that I mean, that it is from a certified source because as we all know, sometimes supplements tout to be one thing but due to lack of regulations are really not what they claim to be.

I know that I am really excited to add this little guy into our regular routine and see how it impacts our lives. After all, if the rest of the world has been using it as a superfood for thousands of years now, what are we waiting for?

Have you had a chance to try Moringa yet? If so, what are your thoughts on this plant and its health benefits?