Change This Year Will Blow Last Year Out of the Water!
0 Items

How We Plan to Change This Year and Blow Last Year Out of the Water! 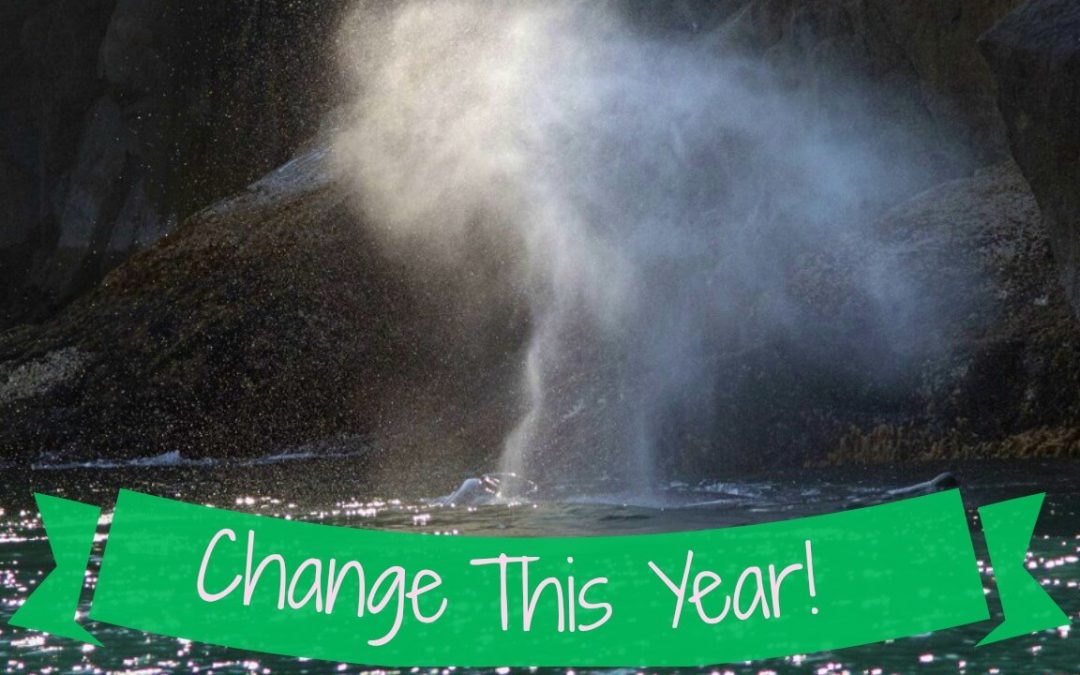 Last year was full of a whole lot of change for us and our family. I can’t say that any of it was bad change either. It was, overall, a pretty darn good year. However, after sitting down with our finances and having our annual budget meeting, we decided that some even bigger changes need to occur this year. And we are pretty excited about the prospect!

One of our biggest changes this year has to do with our budget. If you recall from my last article where we discussed our annual budget meeting, we realized that we were spending way too much. We were making more but we were getting a little out of control (at least by my standards) with how much we were spending.

While the selling and buying of another house didn’t help the budget, neither did the trips that we took last year. I love traveling, as it is my primary currency, but this year we had to make a change.

So we made the decision to work on getting closer to the amount we are actually budgeting a month this year. By doing so, we will be cutting a little over $1600 in superfluous expenditures. If we can do that, then we can use that money for other things that will get us closer to our ultimate goal of financial independence.

That being said, here is what we are planning to change:

The Why and How of Change

Now that I have divulged what our grand plan for the year is, I should probably tell you the why and how of each. So let’s start with the first one, limiting ourselves to one outing a month.

Only One Outing a Month

The why of this one is simple; money. We realized that we were sometimes spending $60-$70 each time we went out for food, drinks and games. We like to play ping pong, pool and arcade games. So we would regularly head out to a place that has all of that, or one of our local brew shops that has ping pong. Since we don’t have the kids every other week, those are our weeks to get out and be adults. But we were simply spending too much money for not much return and ultimately had nothing to show for it. We were burning money! So enough of that.

This year, we decided we will allow ourselves one outing a month of this sort, should we so desire. But we are planning to spend our time working on other things that don’t cost as much and will hopefully yield us some actual returns.

Cutting Back on Alcohol Purchases

Okay, so we have 5 kids. Albeit, only 50% of the time. But 50% of the time, that means a little bit of chaos, at the very least! Some days are good parenting days and everybody is doing what they are supposed to be doing. But, those are few and far between, I must confess. Most days at least one of them has lost their mind and we are all just trying to survive. So, we drink to assist with the overall survival of the Bell-Joubert clan.

I found this wine at Whole Foods called Three Wishes that I actually really like. And it is only $2.99 a bottle here! They only have 4 varieties though: Cabernet Sauvignon, Merlot, Chardonnay and Pinot Grigio. But I won’t discriminate since I like reds and that gives me two varietals to go with. My plan is to stick with purchasing these and stay away from the Gluten Free Beer, as much as I like it, because it is SO much more expensive. Bryan is going to work on cutting down how much craft beer he buys because he really likes those, but they can get up there in price also.

You know the why on this one as much as I do. Traveling is simply a want and not a need, even though I feel like I NEED it sometimes. The how is also simple. We already have one trip planned with my family to Jamaica (actually we will just have returned when this article goes live). So we going to put the kabosh on any other major traveling for the year. We will try to visit friends in other states and do something with the kids this summer. But it will be more local, where we can drive and not spend an arm and a leg.

One big project we want to undertake this year it to create some big vegetable gardens. My parents have some extra wood from their deck and have offered it to us, so we will be using that to build them. The biggest expenditure with this plan will be the seeds and possibly top soil.

I am fully diving into the real estate investment world and absolutely love it! Since we would like to be financially independent sooner rather than later, increasing the amount of passive income we are bringing in is key. I am working on figuring out the whole funding puzzle, but once I have all of the pieces together there will be no stopping me! We are on track right now to get property #2 and I am hopeful that we will be looking for #3 by the end of the month.

Cutting Back on Work

We both have been working way too much! It is simply not healthy and the balance is off. When we moved, our cost of living went down because all of my debt was gone. So we could have cut back on work then, but we had financial goals. Getting our first investment property was one of them. Now that we have that, and are well on our way to more, we knew it was time for a change. Therefore, I have dropped my biggest contract gig in favor of working more on investment properties, working on the house, spending more time with the kids and Bryan and increasing the help I give to another client. I am very excited about this change!

We have been working really hard to try and achieve this balance but have been failing. When I was broke and living on food stamps, I had plenty of time to spend with the children. But once I started working on my Master’s Degree and working a million different jobs, it became so much harder to spend that quality time with them. With us both working so much lately, we haven’t been giving the kids the attention they need. And this has not been to the benefit of anyone. So with me leaving that contract job, it frees up more time for me to really focus on the kids and what they need from us. Time and our attention. After all, they will only be with us for so long and then they will be adults and we will have missed the whole darn thing.

As a person who is high energy and going all the time, I have always required a decent amount of regular exercise. Since I started working myself to death, that has fallen by the wayside. This is because I have an extremely hard time yanking myself away from the computer out of obligation to my clients. Well, as much as I love them, enough is enough. The lack of regular exercise is showing and I am not a fan. So I am getting back to me and creating that balance that I so desperately need to operate at my fullest potential. Plus, my bike has missed me!

Now you know what all of our grand plans for the year are. They are so much more than we had planned last year for change. In fact, we didn’t really have any big changes planned for last year other than to get out of debt. We are still working on a little bit of that, but we plan to be out of almost all of it by the end of this year.

It is going to be a fantastic year and we can’t wait to see how many of our changes we are able to achieve!

What is your grand plan for change this year?