Are There Any GOOD Gluten Free Beers Out There? - Adaptive Nourishment
0 Items

Are There Any GOOD Gluten Free Beers Out There?

As a person who has had Celiac Disease for over 30 years, college was difficult for me. I couldn’t eat pizza, ramen or drink beer. Gluten free beers didn’t exist at that point in time yet, in the late 90’s. I hear people complain regularly about how horrible the gluten free beer choices are today. What they neglect to realize is that gluten free beers are newcomers to the market. So those of us who have had Celiac for a long time are just grateful that somebody noticed and have started creating beer solutions for us.

Keep in mind that both of these beers are made with sorghum, which is a very sweet grain and used as a sweetener in many processed foods. My ex-husband used to call RedBridge my “flower beer,” because he said it tasted like a flower. I didn’t care though, because now I had BEER! I won’t say they are bad, and they are both still around, but the gluten free beer market has come a long way since then. 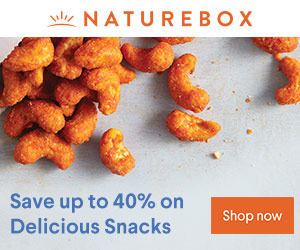 I have tried every single gluten free beer that I can get my hands on, both inside and outside the States. I can tell you that Portland is a fantastic place to go if you are gluten free because every flipping brewery there has at least one gluten free option. There is even a completely gluten free brewery called Ground Breaker, and it was pretty awesome when I went there!

I live in Raleigh, NC and I can tell you that we don’t have ANY breweries here that are even making one single gluten free option. The market here has become supersaturated with new breweries popping up all over the place so one would think that somebody would make an effort to create at least one option, but not the case. 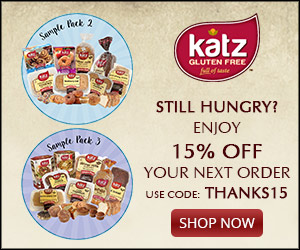 There is a brewery in Asheville, NC called Wicked Weed that has created a Double IPA called Gluten Freek. It was delicious and they distributed it here, in Raleigh! Unfortunately, it was so delicious that people who DIDN’T need to drink gluten free kept drinking it all. Stinkers! To top it off, they started having an issue with the beer skunking extremely quickly and having to dump barrels of it, so they went back to the drawing board and it’s not back on the market yet.

Until the people around here get it together and get into the gluten free game, I will have to keep drinking beers from elsewhere.

That brings me to my two favorite breweries to date. The best beers that I have found that are 100% gluten free, and not gluten reduced (that is another category and I have tried all of those too) use a combination of grains such as buckwheat, sorghum, millet, tapioca and rice. They aren’t as sweet as the original two beers, which is a good thing. I have been told that some of them are really good but a lot of times they still have a slightly sweet note at the back end. This is due to the sugar content of the grain, compared to wheat or barley, that is traditionally used.

I have been drinking Green’s Gluten Free Belgium beers for years now. They have been my favorite beer in every country that I have been to. They are absolutely delicious! I have introduced them to my non-gluten free friends and family and even they like them. They make a total of 8 gluten free beers, one is gluten reduced, but we only currently have 5 gluten free beers in the States. They are:

In the colder months, I am not as big of a beer drinker but I LOVE the Dubbel. During the warmer months I switch off between the Blonde and the Dry Hopped, which uses hops from the northern west coast of California and tastes similar to a grapefruit. The IPA I drink in all seasons, probably because it has taken some cajoling for me to get my beer shop guys to get it here. I first found that one in Portland and it took me almost a year to get them to bring it in.

My newest find, and some pretty darn good competition because it is cheaper, and just as good, is Glutenberg out of Canada. I found them on accident at a bottle shop a few months ago and LOVE them! They also distribute 5 beers here in the states, which are:

I can tell you that I have tried them all and my two favorites are the White and Red. Bryan tried all of them and said that the IPA is pretty spot on. It tastes different than the IPA by Green’s, which I like better, personally. The White is very smooth and flavorful and the Red has a nice little bite to it and is heavier, good for the winter. Here, the Glutenberg beers cost me about $3.19 at the bottle shop and the Green’s beers cost me $5.99, but they are a bit larger in size.

Overall, I am just thrilled to have choices now and am waiting to see what other goodies come out on the market. I am always willing and able to be a guinea pig for the gluten free market, so please use me!

What has been your experience with Gluten Free Beers? Which ones are your favorites currently?