Keep a Leash on Our March Budget? - Adaptive Nourishment
0 Items

Were We Able to Keep a Leash on Our March Budget? 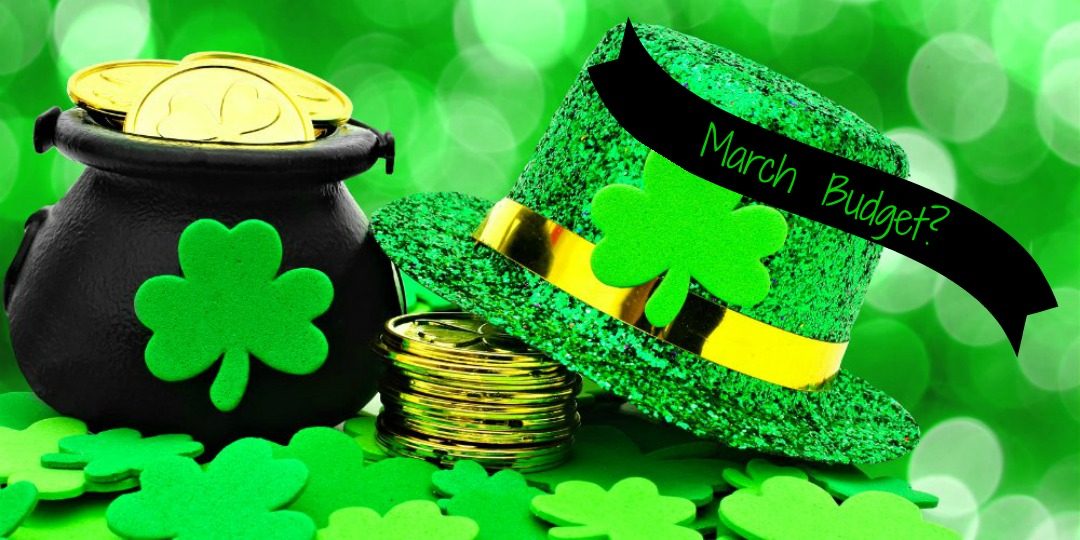 Here we are again! Another month down and time to go over how we did. The biggest question for us was whether or not we were going to be able to come close to the budget we planned for. So let’s check out how we did with our March budget.

As a refresher, here is what we said that our budget was going to be this year. We decided that our goal was to cut our spending down from $6202.00 a month to a maximum of $4600.00. This is the breakdown:

If you recall from our February spending report, we did a heck of a lot better than we did the previous month. Although, the numbers were MUCH better, I was still optimistic that we could have gotten closer to the $3500 that I really want. But, alas that was not the case. Still, the breakdown from February was tons better than what went down with the January budget. Here is the breakdown from February:

I have to say that we were pretty darn pleased with ourselves with those numbers. But since March was a longer month, and technically we would need to be doing 3 big grocery shops, we weren’t sure how it was going to pan out.

We didn’t have anything big planned again this month, on purpose, so we had high hopes for the March budget. Except that we totally forgot that it was Bryan’s birthday. So there’s that!

We usually go out to a restaurant that we both have been wanting to try for our birthday’s, and this was no exception. However, that also means that I know we will spend close to $100 for this little pleasure. That by itself would cause us to go over our budget, or at least what we ended up doing last month.

He ended up choosing this restaurant that opened last year by the same owner’s of one of our favorite restaurants, Bida Manda. Bida Manda is Laotian cuisine and I can actually eat some of it because it is gluten free and vegetarian and freaking delicious! Their sister restaurant is Brewery Bhavana, and as you could probably guess, has its own brewery.

They have so many things on the menu that Bryan was having a hard time deciding, which was a good thing. I, on the other hand, had to request a special dish because basically nothing is vegetarian in this establishment. The food was everything that Bryan had hoped for, so it was worth the $95 we spent for his birthday dinner.

Ways We Found to Save

This month ended up being more about making more than it did about spending less. Of course, I would prefer for it to be about both. But for us, it seems to be either one or the other depending on the month. Overall, we still spent less than we did on a regular monthly basis last year, even with paying off one of the big debts we were working on. But it wasn’t nearly as good as last month with regard to our spending.

Since we found Lidl, we felt like we were saving money. But that wasn’t actually the case because we spent more money trying new things that they had to see what we liked as a family versus our other choices. Any time we find a new store, we have done that. I don’t know about everybody else, but it just seems the be the nature of the beast.

That being said, we did go over our grocery budget of $800 for the month for the first time this year, and I was NOT very thrilled about it. So we are going to have to keep a leash on it this month to make up for last month.

On the up side, we now know what we like from where, so that will make grocery shopping and planning a little bit easier. I also expect for April to look better because of that.

Besides Bryan’s birthday dinner, we did end up going out with friends 4 different times this month. It didn’t kill our $400 Luxury budget, but it was higher than I would like to see to get closer to my goal of $3500 a month total.

As we talked about last month, we have been getting back into tennis. Not only that, but we have been making it a regular thing on the weekends to go play disc golf and tennis for our entertainment with friends instead of going out. And as a bonus, we have been taking the older boys to play tennis or go for walks after school. Not only is it good for our health, but it gives us some extra added bonding time with the pre-teens. I can tell you that is waning these days, so we are trying to take advantage while we can. And while they will still talk to us!

All of that being said, here is how our spending actually broke down in March:

We are still spending under what we budgeted monthly for the year and really liking the progress that we have made so far. I do wish that we had been able to rein in our spending a bit more this month because February gave me higher expectations of our skills. But life happens, and so does getting to the point where you are able to pay debt off.

But now that a major debt is gone, my hopes for April are closer to what we did in February. I guess we will just have to wait and see how things pan out next month!

How did you do with your budget in March? Were you able to keep a leash on your spending?